Not pretty but it works 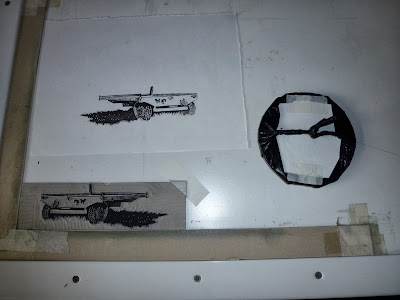 To mis-quote Neil Young. When I get big I'm gonna get me a Hon Baren. Until such time as I get big, or more appropriately can afford one. I thought I'd have a go at making one. 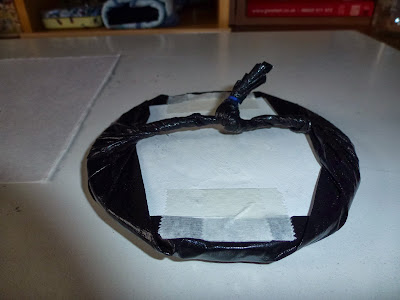 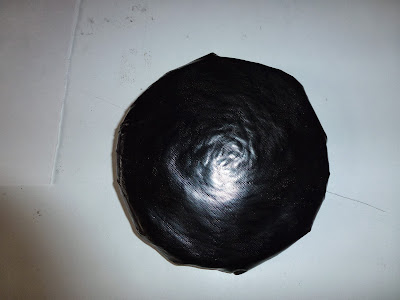 First step was to make the coil, that in a genuine baren is covered by the bamboo sheath. This should be a coil of plaited bamboo fibres. I made a string coil which I twisted together and then twisted back on itself to make a four strand length which I then coiled up. 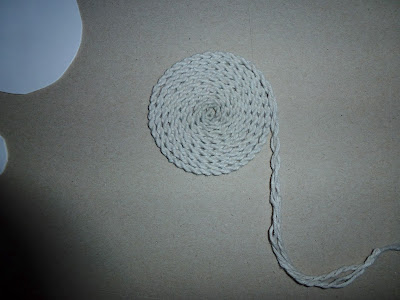 To make it stiffer I painted it with acrylic primer. 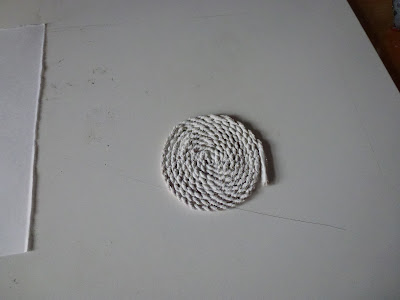 I then cut 3 circles from mountboard each slightly smaller than the other and stuck them together before placing my string coil on them. The three card circles under the string help to give the convex surface of a true baren. For the cover I used a sheet of teflon that I got from the baking shelves of the local Home Bargains shop, which I cut to size and tied in an approximation of the proper manner. This last bit was a bit fiddly, an extra couple of hands would have been useful.

I used it to print a small and simple single colour print. Now to use it on something bigger.

Well, aren't YOU the clever fellow? Let me know when you figure out how to DIY one of those ball-bearing barens, I'll be first in line!

I think its already been done. I seem to remember seeing some photos Ann Lewis posted on her facebook page of one she made from Upholstery Tacks.